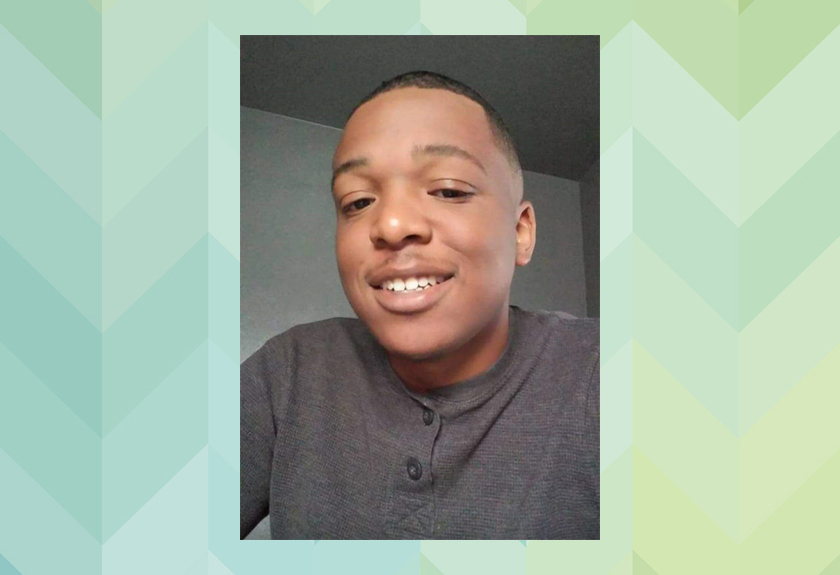 Like many students, Delvin Reddick’s first semester of college didn’t go exactly as he thought it would. All of the Social Work major’s 11 credits were moved online due to COVID-19.

Nervous about starting college a decade after graduating from high school, Reddick was determined to succeed and challenges were nothing new to him. He chose social work because of his own experiences in the foster care system.

“I came from a difficult situation and I was hard-headed,” Reddick said. “Going into the system, I wasn’t the best kid. But you’ve gotta reflect on yourself.”

Reddick had counselors who helped to change his life. Now, he wants to do the same for others.

“Social workers have the biggest hearts,” he said. Reddick credits one counselor, Kimberly, who really made a difference and never gave up on him.

“She followed me until she found the proper way of me being able to express how I felt about what was going on,” Reddick said. “I didn’t want to talk.” It turns out that drawing was how he expressed himself best and Kimberly made him realize how dedicated social workers can be.

“You will always have resistance. Now what are you going to do? Are you going to give in? Because if you give in, you didn’t really care about it,” Reddick said.

The fall 2020 semester came with other challenges brought on by the pandemic. Reddick was laid off from his job delivering and installing furniture. His two young children were also learning remotely at home with him. But he remains positive.

Reddick succeeded in the fall by earning excellent grades and his future is bright. He plans to take a full load of 12 credits in the spring. After he graduates from Westmoreland, Reddick plans to pursue a bachelor’s degree. He and his girlfriend are expecting a son, due later this month.

His advice to others who may be in a similar situation is simple:

“Don’t sell yourself short,” Reddick said. “If you want something, go get it.”